Every successful journey requires focused, dedicated and innovative leadership, just like every deadly spear needs a killer spearhead. Meet the heroes of our story:

Enterprise, Courage, Patience, Intelligence, Power and might – God also helps anyone who possesses these size qualities.

As a first off Local Gujrat native, Nikunj Patel foresaw the impending revolution of the world requiring alternative energy sources for electricity.

Armed with a Master’s Degree in Advanced Manufacturing Management from the Prestigious University of South Australia. His passion and commitment led to the setting up of the APS organization in 2008. After the tremendous success of this venture, Mr. Nikunj Patel decided to create a manufacturing base for solar energy products and solutions, setting up the factory and offices in Gujarat India (2013). under Mr. Nikunj Patel’s leadership.

APS India Pty Ltd has  emerged into one of India’s most preferred solar products and energy solutions providers.

Mr. Dhaval Suthar is one of the Directors of APS India. He has been an integral part of the founding team with APS India organization since its inception in 2013. His belief in teamwork and ensuring  customer satisfaction has been the driving force towards enabling the growth of India operations in the record time. He leads the India organization with his  expertise and experiences around multiple skill sets across production, procurement, supply chain, sales and after sales-services. He holds a bachelor’s degree in Commerce from Gujarat university.

Mr. Kalpesh Vakharia is the CFO of the Global operations of APS. He has been associated with the organization since almost a decade now. He has a strong belief that in order for any business to rise the integration of all the different departments is the key. He has been meticulously managing the finances to make sure the growth of the organization is on the right track and at the desired speed. On the back of his vast experience which includes equity research, accounting, auditing, corporate strategy making, and financial management he has been playing a very important role for us. He holds the degree of a C.A. (India), and C.P.A. (Australia).

Mr. Bhavesh Chaudhari is the Director for Sales for APS India. He has been looking after the sales, marketing, business development and adding new verticals to the company profile is what he is known for. His strong belief in providing solutions to the consumer’s problems is the key for a good business rather than focusing on just selling the products has been the major factor for the company’s steady growth. He has been associated with the company since the very beginning of the journey which started in Australia. His determination, hard work and dedication towards the growth of the company cannot be put into words as he started as a sales executive in 2008 and has now reached the position of Director of Sales. He holds degrees of bachelor’s in computer engineering and master’s in International business.

Mr. Pratik. Ka.Patel is the Project head for the Retail division of APS India. He is a go-getter leader for APS India having associated since 2018. With his expertise and experience in different aspects of the retail industry, such as business development, solar project management, power plant operations, he opened up the entirely new business vertical for APS India around solar energy solutions for Residential Rooftop Solar. He has also served as an Electrical Officer in the Merchant Navy, and holds a diploma in electrical engineering. With his strong belief in making the people’s lives better, he has been instrumental in making APS India #1 solar energy provider in the residential market of Gujarat in India.

Mr. Harshil Agrawal is the Business Head for the Distribution division of APS India. He believes that to succeed in life dedication, passion and eagerness to learn new things can be more important than knowledge and skill. With a substantial experience of over a decade under his belt, and through his experience in various aspects of a business like sales, marketing, customer service, legal, operations, administration, and his dedication towards constant learning and improvement he has played a substantial role in the growth of the organization in India. He holds a bachelor’s degree in Psychology from Gujarat University.

Mr. Pankaj Kumar hold the position of the Project head for APS India’s youngest segment of Solar Water Pumps. He strongly believes that persistence and dedication towards the goal are the hands through which you grab success. With the rich experience of 17 years in water pumps as well as solar water pumps industries, he has been leading APS India’s charge in one of the biggest Government Agricultural Programmes ever in modern times. Apart from his vast knowledge and experience, he also holds degrees of bachelor’s in Chemistry and M.B.A. in marketing in finance.

Mr. Umang Patel has been taking care of the logistics and warehouse of APS India since he joined the team in 2016. His quick actions and accommodating work ethics have been very important in the growth of APS India. He holds a diploma in electrical engineering, and also a bachelor’s degree in English.

Mr. Hiten Bodana is taking care of the role of Project Manager for APS India’s retail division. From starting as a Technical Support Executive, his growth over last 5 years has been a very beneficial one for APS India. His experience and knowledge of solar pv systems has provided ripe fruits over the years for the organization. He also holds a diploma in solar energy.

Mr. Daxet Patel is the Production and Quality Manager for APS India. Starting as a Quality Control Manager, and growing into his current role his contribution towards APS India’s growth is commendable. He holds degrees of B.C.A., M.C.A., and also a diploma in solar energy.

Mr. Sanket Patel is the Stock Manager for APS India. On the back of his experience of 8 years in various aspects of a solar pv system, he has been efficiently and effectively managing the stocks for the retail division since the starting of the division. He holds a diploma as well as a bachelor’s degree in mechanical engineering.

Mr. Ashutosh Kumar is the Supply Chain Manager for APS India. He has been associated with the organization since 2018, and with experience of over a decade and his knack for problem solving he has been a very important part of our core team. He also holds degrees of B.Tech. in mechanical engineering and M.B.A. in operations.

Mr. Ishwar Patel has been associated with APS India as the Sr. Technical Manager, and is an integral part of the retail division since 2018. With the vast experience spanning 40 years, 38 of which has been as a Deputy Engineer for the UGVCL (State Govt. DISCOM) he takes care of all the liasioning and commissioning related to the solar projects. He holds degrees of Diploma as well as bachelor’s in electrical engineering. 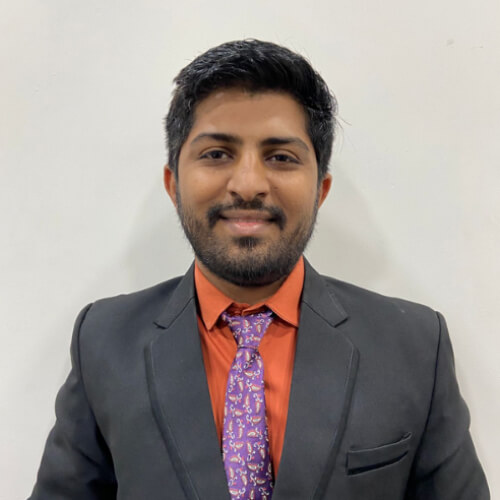 Mr. Dhaval Gohil has been taking care of the accounts of APS India operations since his initiation in 2017. With the experience of 9 year in accounting, taxation and auditing, he has been a crucial member of our core team. He holds degrees of bachelor’s and master’s in commerce, and is also an Intermediate C.A.

Global Expertise, Experience towards emerging as a Global Leader in Integrated Energy Company
Achievements over the years

Opened a Brand Office in Bangalore

Expanded the production capacity to 200 MW at Majra unit